Etiquette
Travelers in a foreign country should always make every attempt to conform to local customs while also not being intrusive or over stepping bounds as an outsider. This can be the one of the greatest forms of etiquette. There are other small things that can be done in public while interacting with native citizens that will be a show of etiquette on the part of visitors.

Photography in the Dominican Republic, like in much of the Caribbean region is permitted usually after a request and a gift. Professional and amateur photographers as well as simple tourists should always kindly ask permission to take a photograph of a person or place. A small monetary sum is also usually expected. There are many compelling sights and interesting people in the Dominican Republic to photograph, but travelers should take pictures with respect.

Travelers should also make efforts to speak the native language of Spanish as well as follow customs of social etiquette. Picking up a Spanish phrase book can go a long way for this. Usted should always be used when addressing someone who holds a position of respect or who you are not familiar with. Terms of respect such as Señor, Señora, Don and Doña should also always be used. Men should offer handshakes and smiles to other men but should go on a woman’s cue when meeting. Pleasantries such as buenos dias (good morning) and buenas noches (good evening) are also appreciated in social and business interactions.

Again, as with much of the Caribbean, beachware, shorts, and flip flops are not considered appropriate attire in cities and restaurants, and visitors should always have a nice set of clothing for going to cities. Besides these pieces of advice, just use common sense. If something is considered rude or disrespectful where you are from, there is a decent chance it could be considered the same in the place you visit.

Dress
Weather is one of the main factors that will play a part in what kind of clothing travelers will want to bring on their trip to the Dominican Republic. The climate on the island is generally warm with little variation. There is some heavy rainfall during certain times of year on the island so vacationers should pack some rain gear in case of rain showers.

Social setting is also important when considering what clothing items to pack. Religion is important to the every day lives of the Dominicans, who are mostly Roman Catholic. If you plan on visiting a church, or attending a religious ceremony tourists should remember that the style of dress is usually conservative.

Most resorts are fairly informal when it comes to appropriate attire. Shorts and bathing suits under a wrap, are considered acceptable most of the time at breakfast and lunch. Dinner time is usually more formal, and long pants and skirts, and collared shirts are normally worn. Restaurants in certain places, like Santo Domingo, sometimes have a stricter dress code. At lunch and dinner, it is suggested that men wear trousers and women wear dresses.

Dominican people dress similarly to Americans. Most wear summer clothes, like sandals, T-shirts, skirt, light jackets and sweaters. For special occasions, women may wear long dresses and skirts in bright colors like orange and yellow. Spanish influence is also present in the way that people in The Dominican Republic dress.

Crime
For the most part, The Dominican republic is generally safe for tourists and visitors to the island. There are some safety issues that should be considered while vacationing in the Republic, in order to have a thoroughly enjoyable experience.

As in most places, there is crime in The Dominican Republic, but you rarely hear about violent crimes against tourists. The most common crimes that are frequently committed against vacationers are thefts and pick-pocketing. Visitors should avoid unmarked street taxis, which target tourists.

Passports are among the most popular stolen items on the island. Also, cash, credit cards, return air tickets, and driver’s licenses should all be kept in safe places. Travelers should lock vehicles and make use of the hotel safe if one is available.

Tourists should be particularly aware when visiting the countries capital of Santo Domingo. When walking around the city, be ware of street hustlers who could be into black marketing currencies. Also muggers and pick-pocketing are common in this area.

Use common sense and avoid dark secluded areas where potential danger could be.

It is not recommended that vacationers travel alone at nighttime. Many tourists hire guide services from locals to show them around while on vacation. It is best to go through a tourist office and get the services of an official guide.

If you do need assistance while visiting The Dominican Republic, travelers can contact local authorities by dialing 911 for emergencies.

Currency
Dominican Peso…There is a law, that is usually unenforced, that requires visitors to change at least $100(USD) into pesos. Though this law is mostly ignored, travelers should be prepared in case it is enforced without notice. It also good to have pesos, because some independent vendors may not accept U.S. dollars. As tourists, travelers should understand which currency is to be used during a transaction.

U.S. one dollar bills are used widely on the island, and extremely popular for tipping. There are exchange offices, or cambios, in the airports and most major shopping centers on the island. Sometimes they have better exchange rates than at the banks. Vacationers can keep up to date currency rates by checking posted rates day to day.

U.S. dollar travelers checks are easily exchanged at banks and cambios, but travelers checks from other countries mostly only exchanged in banks that host citizens of that particular country on a regular basis. When making a currency exchange, always get a receipt, this will be proof that you made the exchange legally in case the issue ever arises.

To get the best exchange rates, it is recommended that travelers use credit cards whenever possible. Major credit cards are a must for some places, like hotels and rental car agencies, and are generally accepted at most major businesses around the island. Carrying a credit card is also safer than having large amounts of cash on you persons.

ATM machines are located around The Dominican Republic. Banco Popular, ATH Dominica and Red Cash have many locations in the Republic. Travelers can receive cash advances through CrediProgreso in major cities and can be reach toll free by dialing 1-200-3233 on the island.

Language
The Dominican Republic was the first Spanish settlement in the New World, and became the center of their operations in the region in the late fifteenth and early sixteenth century. As a result, it is no surprise that the official language of this region remains Spanish. Visitors will find that inhabitants of the Dominican Republic who are not in the tourism and service industries very rarely speak English.

Staff at resort hotels, however, are more likely to know at least some English, and if visitors can also learn some Spanish phrases before visiting, communication will be easier and more pleasant. As with many countries, an attempt made at speaking the local language shows inhabitants respect and a sign of effort, and most will be accommodating and friendly to those making an attempt at communication. Between Spanish, English, hand gestures, and general friendliness, most English speakers are able to communicate and conduct simple transactions with native speakers.

It is not hard to learn a few phrases before traveling to the Dominican Republic. Simple things like hola (hello), gracias / no gracias (thank you; no, thank you), and por favor (please) can ingratiate you with local citizens. Señor and Señora or Don and Doña should be used when appropriate along with the usted (the formal ‘you’) form as a sign of respect.

Pick up a Spanish phrase book from your local bookstore to learn more. It will serve you well as you vacation in the Dominican Republic.

Visit us in Punta Cana!

It is your next memorable destination! 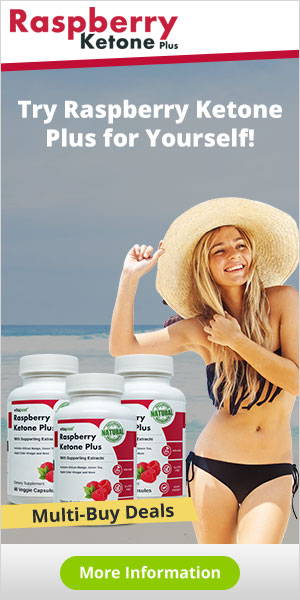 Owner and broker Maria Williams has been a U.S. licensed Realtor since 2005 and has lived in Punta Cana since 2009. When it comes to buying and selling in the Punta Cana area, she and her team are experienCed, reliable experts. Co-owner and property manager Todd Williams and his team are renown for excellent, trustworthy property management and rental services

Schedule a showing or to check availability

See all of the photos of LaDon’s Resort Condo in the button labeled, “See LaDon’s Condo at
Rosa Hermosa…there you can review the photos of the condo, check pricing for vacation rentals,
and contact our property managers, Maria and Todd Williams of Reliable Realty Dr.>>